The primary objective of this programme is to re-launch research into the history of Greek libraries in the Ottoman Empire between the 16th and the 20th centuries.

On an experimental basis the project will begin with the history of the library of the Holy Trinity monastery (Ἁγία Τριάς), re-founded by Patriarch Metrophanes III of Constantinople on Chalki island (Χάλκη, close to Constantinople) in the 16th century.

A rare textbook case is offered, as this is one of the rare ancient libraries in the eastern domain for which the original collection can be fairly faithfully reconstructed. By its dependence on the institution of the patriarchate, it presents also a privileged terrain for the study of the cultural environment of the Great Church in Constantinople at this moment in time, its relations with the Ottoman authorities but also, on the wider level, cultural and religious exchanges between Europe and the East.

The project will involve reconstituting and linking two corpuses, separated by almost five centuries, corresponding to the original form of the library and its present state, which is both partly enriched and dispersed. This study should result in an analysis of the socio-cultural context that saw the library’s birth and development: modes affecting its establishment, use, conservation and dispersion. 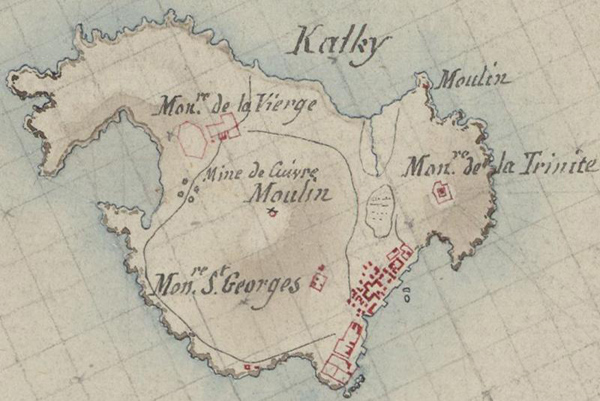 The project has been conceived so as on the one hand to articulate the academic research method proper to the study and the reconstitution of manuscript corpuses in ancient libraries and on the other to develop the computerized tools required for the implementation of this new methodology.

The undertaking concerns side by side the development of computerized tools required for treating this type of corpus and also the elaboration and study of an initial corpus, consisting of manuscripts originating from Holy Trinity monastery.

The following elements are planned